I’m sure you’ve seen the fairy tale castles of Sintra all over Pinterest, and I’m sure you’re wondering if this place is as magical as it seems. It is—even in the rain. The municipality of Sintra is littered with grand castles and palaces that used to serve as the home of Portuguese royalty. Now, it’s a UNESCO World Heritage site and is a frequent day trip for travelers in Lisbon.

Visiting Sintra is quite easy, though planning your trip can be quite draining. I’ve compiled the guide below with notes from my experience in Sintra. I’d say my only regrets are not checking the weather (it was cold and rainy), and not waking up earlier so I could see every location I wanted to. Ideally, Sintra should be broken into two days, if you have the time since there’s just so much to explore.

HOW TO GET TO SINTRA

Take the train to Sintra from Rossio Station using your metro card. You can either use the ticket machine or the ticket window to refill your card. As a note, your credit card may not work at the ticket machine, but your debit card will. This is similar in Paris. I found this odd since I used my credit card initially to get my card though.

The train ride is about 40 minutes and is the last stop.

Honestly, it’s ridiculous if you think you can walk up the Sintra Mountains in a decent amount of time. Even on the bus, it took a good 10 minutes to get to the main palaces, and that’s on super windy roads. You will waste a lot of your valuable time if you try to walk up.

Although I sometimes had to wait, I highly recommend taking the buses up to the castles and palaces. There are a few different loops you can choose from. I mistakenly walked up the mountain from the train station to the town center. It really wasn’t a bad walk though.

Because I only had a day, I decided to take the Pena Circuit first and see if I had extra time for the Villa Express.

If you’re tired of waiting for the bus, you can always take tuk-tuks. Make sure you negotiate your fare.

WHERE TO EAT IN SINTRA

My Sintra guide would be incomplete without a section on where to eat! Walking up and down hills, all day will make you hangry. You have a few options:

Bring your own lunch.

Tacho RealI ended up eating at Tacho Real after seeing my first castle. If you hop off the bus back in the town square and go up some stone steps, you’ll find Tacho Real and hear its live music. I sat outside for a calm meal and really enjoyed the sunshine. I suggest getting the fish and a half bottle or full bottle of wine.

If you don’t feel like going back down to the town square for lunch and haven’t brought your lunch, you can eat at the restaurants and bars onsite.

Pena Palace was constructed in the Romanticist style during the 19th century by King Ferdinand II, with influences by Manueline and Moorish styles of architecture. The castle was built to be seen from every angle of the palace grounds, which includes over 500 different species of trees. Pena Palace is currently a UNESCO World Heritage Site and one of the Seven Wonders of Portugal.

Originally, Pena Palace was a monastery, housing about 18 monks, but after being severely damaged by lightning and the Great Lisbon Earthquake of 1755, it was commissioned into a summer palace for Portuguese royalty. After King Ferdinand II’s death, the palace went to his second wife, Elisa Hensler, the Countess of Edla. The Countess then sold it to King Luís. The estate was subsequently purchased by the Portuguese State in 1889 and classified as a national monument soon after.

Pena Palace is definitely one of the more popular castles in Sintra, so I chose to go there first to beat the crowd. Even in the cloudy and mist/rain, Pena Palace is beautiful. To get to the castle, you can either walk up the (huge) hill or take a shuttle for a fee. Your ticket includes access to the palace grounds, which are so vast!

Once at the castle, you can explore both the exterior and the interior. The outside features yellow and pink walls as well as blue azulejo walls. If you walk to the back of the castle, you can look out onto the Castle of the Moors and the town square below.

The National Palace of Sintra is the easiest palace to get to since it’s located right in town—you can’t miss it. At first I thought it was a museum and couldn’t possibly be a palace! Like the Pena Palace, the National Palace of Sintra combines a mixture of different architectural styles: Gothic, Manueline, Moorish, and Mudéjar. It’s also the only palace of the Portuguese monarchs to have survived over the years almost fully intact.

The palace was updated and enlarged over the centuries by King Dinis, King João I, and King Manuel I between the end of the 13th century and the mid-16th century. This is also the reason why there’s such a mixture of architecture styles. In 1910, the National Palace of Sintra was named a national monument. It has been a UNESCO World Heritage Site since 1995.

Exploring this palace was quite different than the others. When you explore, you’re not necessarily confined to one small space in one line, like at Pena Palace. You’re able to really take your time and explore the different details in each of the rooms. Furniture was seriously massive back then!

After you explore the interior, you have the option of exploring the gardens. It’s a nice way to take a breather and get lost in your thoughts.

CASTELO DOS MOUROS / THE CASTLE OF THE MOORS

The Castle of the Moors overlooks the town center and the Sintra National Palace. It was built around the 10th century after the conquest of the Iberian Peninsula by the Moors. There are two different rings of walls that surround the fortress.

After the conquest of Lisbon in 1147, the castle was surrendered to Christian forces. By the 19th century, the towers of the castle were already in ruin. The Castle of the Moors became a national monument in 1910 and a UNESCO World Heritage Site in 1995.

As I mentioned above, I visited Sintra on a cool, rainy day. Going up and down the stone steps at the Castle of the Moors was terrifying and even more so when it was slippery. I do not recommend going all the way up to the highest points if you are afraid of heights. Going up is very easy compared to going down too!

On the way back to the bus, I got lost and wound up going up and down hills, I really didn’t need to. Make sure you keep a lookout for all signs! 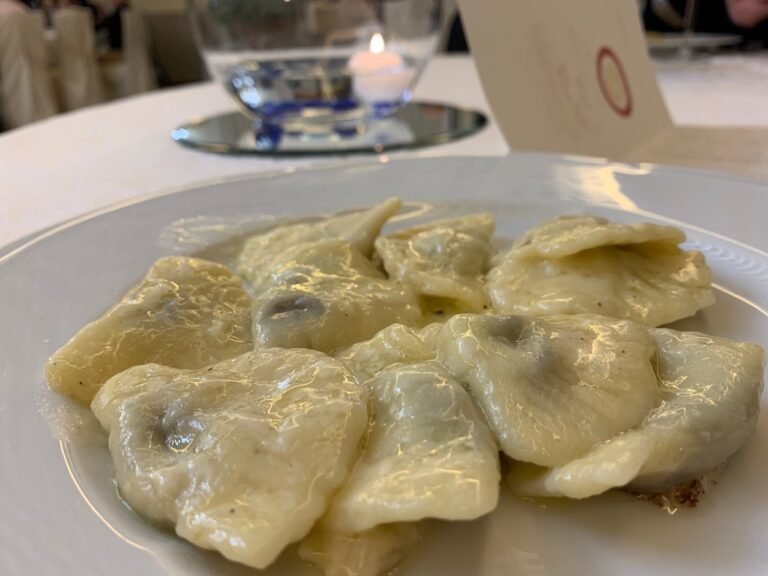